About TEn and our broker network

…was incorporated September 2004 and launched in February 2005.

Founded by two UK Retail insurance professionals (Kedric Rhodes & Malcolm Lee), a Lloyds broker (Gordon Coles) and a technologist (James Sharp), combining between them 165+ years of market experience, even in those days.

The time-served by the current Leadership Team is hardly less, despite the three of the original entrepreneurs having since retired..

The significant milestones for the business have been as follows: -

TEn has itself always grown steadily and organically; with a basic understanding that for small dependent businesses to prosper and survive, it requires a responsible ‘big brother’ to lend them a hand from time to time. 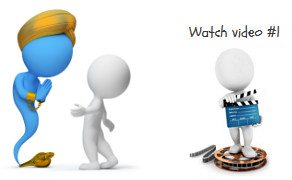 Whilst the following analogy may not entirely work, the comparison of TEn to a French wine-growers co-operative, would not be entirely out of place.

Nevertheless, as the tone of this site may suggest, TEn is fairly non-corporate, straight forward and retains its belief in the old fashioned values of character, integrity and professionalism.

According to one of our founding directors:

TEn first invented and then unleashed the AR network model on an unsuspecting GI insurance industry, realising that there was a desperate market need for a network that focused mainly - or at all - on the needs of start-up brokers.

It seemed perfectly clear to us that with an appropriate solution and right support, then the numbers of new brokers should only increase, meanwhile the total number of existing brokers would simply continue to decline.

At least, in this respect, we got something absolutely nailed in our business planning, even if our first ever pay-packet didn’t quite occur for another 12 months beyond the date we had originally anticipated it.

Since that time, almost every other network has developed a different type of start-up broker proposition, or merely copied us exactly, in almost every detail.

Of course, we always are very flattered by the latter sort.

Finally, if we were to admit to the cliche of a Mission Statement, it would be that we exist to enable another generation of Insurance Entrepreneurs to build broking businesses, much as people did 40-50 years ago.

Our model may have needed a few tweaks over the years, to reflect the fact that the world constantly evolves; but, essentially, we strive to retain most of the fundamentals, in the way they have always been.

Our point has always been; that the world may change, but what motivates people to succeed has not… given half a chance.

At the outset, TEn was a privately owned company, with its equity divided exclusively between three executive and two non-executive founders.

Over the next few years, early members of staff, some of whom subsequently became directors, were invited to participate in the ownership of the business. Nevertheless, ultimate game-plan remained that one day the company would be merged or sold, thereby providing an exit route for the original founders.

The underlying reasons for this are in part gloriously idealistic and, in part, simply pragmatic. By 2012, when there were indeed other organisations interested in acquiring the company, we had come to believe in our own publicity about being the champion of the small and start-up broker.

Also, the basic flaw in the business model eventually dawned. How would it be possible to sell the business to one of the market’s Consolidators, after persuading the majority of network members to leave one or other of said organisations, when they first joined the network? A bit of a dilemma.

After some head-scratching, the concept of an Employee Ownership Trust (EOT) was hit-upon as the perfect solution to the predicament and, almost certainly, it was the right thing to do from both a practical and a moral perspective.

So, in November 2014, that is what we did, as almost 70% of the founders equity was acquired by the Trust, known as TENT.

The benefits to the founders, including no Capital Gains Tax when selling to an EOT, out-weighed the downside of discounted the share price and payment by instalment over 7 years. More to the point, their vision and legacy has been preserved, potentially, indefinitely.

An EOT is a form of collective ownership, which means that all staff, represented by Trustees, have an equal stake in the business. Trading profitably results in dividends, as with any other company, but the EOT distributes its share, amongst all of the employees in proportion to their salaries. Up to £3,400 p.a. per person, there is no tax to pay.

In 2015, a second share scheme was introduced, known as a SIP or Share Incentive Plan . This enables members of staff to invest up to £150 per month, before Tax and NI and then to sell the shares they acquire back again, some years later, once more without tax implications.

The eventual balance between the EOT and the SIP, will probably be about 80% and 20% respectively. This will then be sustainable for the foreseeable future.

Today we have grown our membership to 100+ brokers.

Click here for the full video transcript About the Broker Network for Start- Up and Established Insurance Brokers.