A Bit of History

The Australian insurance market generally owes its foundation to the British one, which really began to take shape after the Fire of London in 1666 and the need to protect oneself against unpredictable disasters.

In 1833, Alliance Life appointed an agent in Sydney to expand the business and deal in Life, Marine and Fire Insurance. In the same year, the first policy was sold to Joseph Tyce Jellybrand. He bought a £2,000 policy and had one premium of £60. 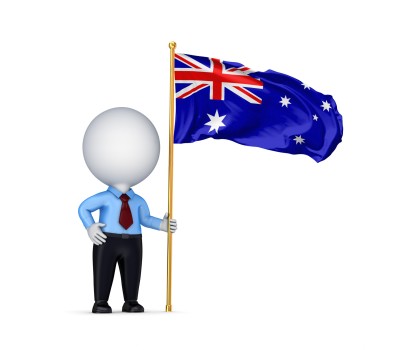 His family also became the first to claim on Life insurance. This came about because he went missing in 1837, which led to his relatives claiming the £2,000 for themselves, historians stated on the programme ‘A history of insurance: from fire of London to revolution by motorcar’.

Brokers play a leading role in the current GI market. The National Insurance Brokers Association (NIBA) of Australia represents around 400 firms with approximately 3,000 qualified professionals. It is believed this constitutes 90 per cent of the total figure, meaning there are around 3,300 brokers in the market today, according to a document by the NIBA called ‘Submission to the Financial Inquiry’.

Such individuals are responsible for the vast majority (90 per cent) of all commercial insurance that is sold in the country. Brokers have lots of responsibility when it comes to risk assessment, risk financing and insurance distribution, with more than AUS$18.4 billion (£10.63 billion) of premiums being dealt with in 2013.

However, they only constitute around 30 per cent of personal general policies. Brokers’ share makes up approximately half of all insurance business in Australia.

There are three ways in which individuals purchase life insurance in this country. Either through a broker, adviser or company directly, a group policy, or through someone’s superannuation fund.

Australia was not exempt when it comes to the ramifications of the global financial crisis. Towards the latter end of it, there were a number of inclement weather phenomena, such as natural disasters. Insured losses were more than AUS$7 billion in this time frame (2010-2012).

More recently, the weather has become more extreme in terms of drought, with the result that forest fires have become a worldwide news phenomenon.

Nevertheless, Brokers are currently enjoying good fortunes, as rising premiums and a desire to turn to such an individual to purchase cover has been noted.

The document ‘Insurance Brokerage in Australia Industry Market Research Report’ by IBISWorld states: Strong insurance sales have led to increased commissions for the industry, with industry revenue forecast to rise by an annualised 2.6 per cent over the five years through 2014-15. This growth includes a rise of 3.4 per cent in 2014-15, to reach AUS$12.3 billion.”

IBISWorld industry analyst Stephen Gargano said that, even though revenues have grown well over the last five years, there is still “intensifying competition from underwriters and banks”.

Brokers need to be aware that online sales capabilities and bancassurance could threaten their impressive share in the market.

Broker Networks in the Insurance Market