After a shaky few years, the Austrian insurance market bounced back in 2013 and it seems as if encouraging times are ahead.

Written premiums leapt by two per cent across the whole market last year, while the life insurance section fell by 0.2 per cent. In comparison to the five per cent drops it had witnessed for the previous two years, this makes for more pleasant reading. Moderate growth in premiums is now being recorded. 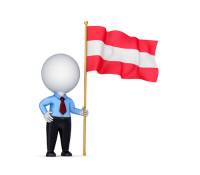 When looking at other sections of the industry, property and casualty cover have fared well, registering a 3.4 per cent rise in premiums. Not taking into account motor vehicle policies, premium growth was 3.7 per cent, while motor vehicles on its own grew by 2.8 per cent. In addition to this, health cover rose by 3.8 per cent.

In total, non-life insurance - which includes health - leapt by 3.5 per cent.

One change that insurers and brokers have had to cater for is that the minimum lock-in period for single premium life cover has been reduced. It has been lowered to 15 from ten for individuals aged 50 and above.

In the commercial non-life market, gross written premiums rose by a respectable level between 2009 and 2013. The majority of all premiums that were underwritten were either motor or property insurance policies.

Brokers play an active part in the Austrian market and they are steadily gaining a greater distribution share of Austrian commercial lines.

When looking at market share, the top ten brokers command the majority of the commercial non-life insurance broking revenues, with GrECo International coming in at top of the pile, the report ‘Commercial Non-Life Insurance Brokers in Austria’ states.

However, it is important to note that other domestic and foreign brokers have made impressive additions to their revenues, so competition is definitely a factor for intermediaries.

The vast majority of leading brokers consider commercial non-life policies to be their most important source of revenue. However, some are also in personal insurance and employee benefits. In 2012, non-life cover made up 43.7 per cent of the Austrian insurance industry’s written premium value in 2012. This made it the biggest part of the market in comparison to life and personal accident, and health sections. These constituted 39.8 per cent and 16.4 per cent respectively, according to a document entitled ‘Non-Life Insurance in Austria, Key Trends and Opportunities to 2017’.

Non-life increased from €6.5 billion (£5.11 billion) in 2008 to €7.1 billion in 2012. This marks a compound aggregate growth rate of 2.2 per cent in this five-year time frame. In terms of what the future holds for brokers, Austria has one of the fastest-ageing populations in the EU, meaning more opportunities will open up in the life insurance segment of the market.

As things stand, this is already highly concentrated, with the ten leading insurers making up 76.9 per cent of the total gross premiums in 2012, according to a report entitled ‘Life Insurance in Austria, Key Trends and Opportunities to 2017’. This increase in demand will come as good news for many, as the government’s recent decision to lower subsidies on its sponsored pension plans slashed the demand for life insurance cover in Austria.