The Belgian insurance market was a force to be reckoned with hundreds of years ago.

In 1574, 30 brokers were working hard in London to produce policies that had been underwritten by merchants. However, the efforts of these professionals were coming up against fierce competition from the thriving industry in Antwerp and other European cities such as Amsterdam and Hamburg. 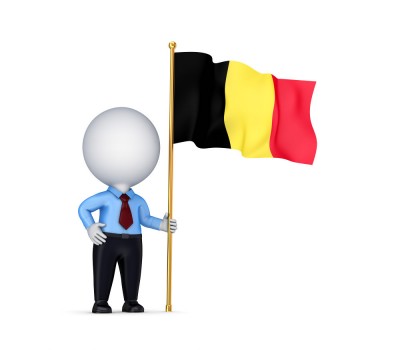 The personal accident and health insurance sector - which is primarily controlled by brokers - made up 9.7 per cent of Belgium’s insurance industry as a whole in 2012, valued at $3.9 billion (£2.33 billion), boasting a compound aggregate growth rate (CAGR) of 2.1 per cent throughout 2008 to 2012. This is according to the ‘Personal Accident and Health Insurance in Belgium, Key Trends and Opportunities to 2017 Research Report’.

Brokers accounted for 61 per cent of this sector’s total gross written premiums in 2012.

This impressive rate of CAGR has been chalked up to a variety of factors, including a hike in medical expenditure and outbound tourism rates, as well as an increased life expectancy and a burgeoning urban population. In addition to this, the government spent more money on both private and public healthcare, which also helped to bolster this growth. Despite these boosts, poor levels of economic growth and the overall eurozone debt crisis had a detrimental effect, suggesting the CAGR figure could easily have been higher.

2017, it is predicted that the written premiums of Belgian health insurance could reach $32.9 million. This would be after a forecast-period CAGR of 19.4 per cent.

When it comes to regulation, the industry is controlled by the National Bank of Belgium and the Financial Services and Markets Authority. Policies tend to be distributed mainly through brokers or bancassurance in this industry. At the end of 2011, there were 17,285 intermediary companies in operation, made up of 3,587 agents, 5,408 sub-agents and 8,290 brokers. Between 2008 and 2010, the percentage share of brokers in the whole market comprised just below 35 per cent, ahead of bancassurance, according to the National Monetary Fund.

However, the number of intermediaries is dramatically lower than it was towards the beginning of the 21st century, when there were 26,307 brokers in 2005. This is because of the regulation that was introduced in the European Union. The life insurance sector was shown to have suffered more as a result of the turbulent financial climate, with CAGR of 1.7 per cent. Individual unit-linked cover was the category that showed the most promise during 2008-2012, with CAGR of 26.1 per cent.

Research from Finaccord shows how brokers dominate the commercial lines business and this market will rise to close to €500 million (£400 million) by 2017.

As Belgium seeks to climb out of the financial crisis that had a negative impact on its insurance industry, it will be interesting to see if this sector starts to see noticeable improvements in the coming years.