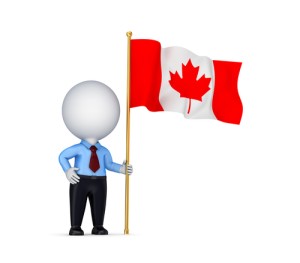 In Canada, there is the Insurance Brokers Association of Canada, which is the national voice of property and casualty insurance brokers. It represents more than 35,000 such professionals across the country.

A recent report from Ernst & Young into the fortunes of this section of the market highlighted how adverse conditions have made it hard for insurers. It recommended positioning their companies for growth, while the onus was on underwriting capabilities to be bolstered in light of low interest rates. Senior management was implored to “provide keener attention to expanding regulations governing insurer risk and capital management”. It is also highlighted how technology was playing an increasingly important role in this market and spoke of how insurers must ascertain how current and prospective customers want to buy their insurance - whether this is through traditional agents and brokers, directly or online. Following this, they then need to invest in the right places.

As a new batch of brokers enter the Canadian market, the onus is on insurers to “determine whether to position themselves to retain and grow their businesses through these new brokers or move instead to more of a direct channel via the acquisition of brokers”.

This is particularly important in light of an article from Canadian Insurance Top Broker, which states how the underwriting profit for this section of the market was just C$284 million (£160 million) in 2013, which plummeted from the C$1.9 billion that had been recorded the year before. This has been chalked up to terrible losses, according to Swiss Re’s Canadian Property & Casualty Quarterly report. However, it is not all bad news. Direct property and casualty premiums rose by 3.7 per cent year-on-year in 2013, which was 0.6 percentage points more than 2012’s figure.

An Ernst & Young report on the life insurance sector revealed there are ” fewer independent advisors and brokers” in this segment of the market, meaning there is increased “competition for shelf space”. It transpired 2012 was a “mixed year” for this part of the market. While many companies were able to derisk and reprice initiatives, there was slow growth, increases in household debt and low interest rates. The ‘Non-Life Insurance in Canada, Key Trends and Opportunities to 2017’ report showed how insurance brokers, agencies and direct marketing were the main ways in which non-life products were distributed. Positive growth of CAGR of 4.9 per cent was recorded between 2008 and 2012, even though economic conditions were deemed turbulent and unstable. Inclement weather - such as tornadoes and hailstorms - were thought to have had a detrimental effect on profits, as were global events.

New products are being developed to accommodate the changing needs of consumers, so it will be interesting to see if the next few years are favourable to this industry as a whole.