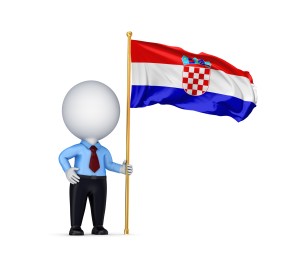 Having recorded as much as four or five per cent growth every year between 2001 and 2008, the Croatian insurance industry took a tumble when the global financial crisis struck, making its figures in 2009 to 2011 not as pleasant reading as some may have hoped for.

The government has made concerted attempts to rejuvenate the flagging industry, such as privatisation. This will hopefully bring about more investment, heighten the development of products and make the most of the digital revolution taking place - triggering growth, according to ‘The Insurance Industry in Croatia, Key Trends and Opportunities to 2017’.

In terms of the industry as a whole, it is quite concentrated. There were only 26 firms working in the industry and the breakdown is as follows: ten non-life companies, six life and ten composite insurers. The latter work in both parts. As might be assumed from this, non-life insurance commands the lion’s share.

Startup and smaller firms may struggle to keep their heads above water in this industry in light of new legislation. Since Croatia became part of the EU in 2013, it will have to adhere to Solvency II norms.

These took effect at the beginning of this calendar year and could make life difficult, on account of the difficulty such enterprises will experience in absorbing the additional fees and the increased competition from other businesses that may have more resources and manpower.

When having a detailed look at the industry’s performance, non-life premiums fell in the first seven months in 2012 and were approximately two per cent lower than the previous year, the ‘Croatia Insurance Report Q1 2013’ states. It is believed that many individuals are not interested in unit-linked products over the last 18 months. This could suggest that investors and savers are slightly risk averse and scared about what could happen.

In regards to life insurance specifically, the five main firms made up 58.3 per cent of the sector in 2011. Up until 2017, it is expected that insurers will turn their attention towards lowering costs so they can write new business, making more of their distribution channels and create business strategies so that new, innovative products can be put on the market. It is hoped all these actions will establish the much-needed growth.

The life sector made up 25.6 per cent of the gross written premium total in 2012. There are quite a few foreign-owned companies that speak of Croatia’s regulations being more lenient, while lots of different distributions channels are used to distribute products. The main one is through agencies and this made up 40 per cent of the total life insurance premiums in 2012.

Looking to the future, there is expected to be more products aimed at the elderly. These could include annuity, pensions and superannuation coverage. In these tough conditions, brokers need to ensure they are at the top of their game and providing competitive rates to ensure they continue to thrive.