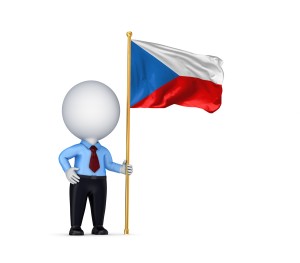 The insurance industry in the Czech Republic does not date back far, as the country was only formed in 1993. However, like many European nations, the history of the industry can be traced back to mutuals that offered fire insurance. From the start of the 20th century there was greater diversification in terms of insurance types as people began to be offered more comprehensive services.

Between 1948 and 1991, the Československá pojišťovna had a complete monopoly on the country’s insurance activities, a position that was only rectified through the passing of the Insurance Act. This liberalised the insurance market and allowed the entry of other insurance companies.

This was aided by the creation of the Czech Office for Competition, which was set up to guarantee the independence of the decision-making process. This body has had various guises since then and is now known as the Office for the Protection of Competition.

Its development has been rapid, as the country joined the OECD in 1995, NATO in 1999 and the EU in 2004. It was also recognised as a developed country by the World Bank in 2006. The Czech National Bank is the financial regulator for the insurance industry. This means it lays down a series of rules and regulations designed to guarantee the long-term stability of the industry.

As of 2011, there are 54 insurance companies and 132,578 insurance brokers in the country, indicating the significant growth the market has seen in the past two decades. The signs for the future are good too, as recent figures showed there had been a modest rise in premium growth during 2013. Considering the economic climate the nation has been working in, this is very positive news.

The biggest insurer is Česká pojišťovna, which boasts almost a 25 per cent share. The universal insurer offers both life and non-life policies and manages in excess of eight million insurance policies.

Indeed, the five largest insurers in the country currently own 62.4 per cent of the market. As of 2011, their assets are worth a combined £463.3 million, with the non-life market accounting for more than life insurance (53.6 versus 46.4). This goes against the prevailing pattern in the EU, where there is roughly a 60/40 split in favour of life insurance.

The Association of Czech Insurance Brokers is the main body for brokers and was set up in 1994 to oversee what was at that time a new profession within the Czech financial market. It played a key role in the preparations of the Insurance Intermediaries Act, while in general it gets to comment on draft laws in insurance.

What does the future hold?

A combination of unfavourable economic environment and strong competitive pressures means that insurance companies need to look for ways to make their operations more efficient in the coming years.

According to PwC, consumer confidence is low and so insurers have to see how they can best use new opportunities and technologies to their benefit. Regulatory requirements such as Solvency II and the entry into the new Civil Code present major challenges for organisations.