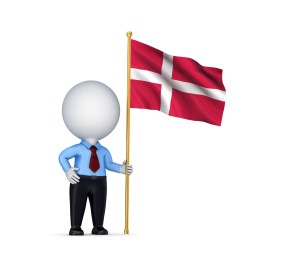 The Copenhagen Fire of 1728 was a key turning point in the Danish insurance sector because it highlighted the importance to the public of insuring themselves against disaster.

Starting on October 20th and lasting for three days, the blaze had catastrophic consequences and it is believed 28 per cent of the city was destroyed. In addition, 20 per cent of the population were made homeless while 35,000 texts were burnt from the University of Copenhagen library - many of which were unique documents.

Furthermore, the reconstruction work lasted until 1737, emphasising just how devastating disaster can be to the economy and productivity in general. An article from Post from 2010 reveals that while the Danish insurance market might be small in size, it is one of the most sophisticatedin Scandinavia. However, there are a few issues that adversely affect this sector - one of which is the harsh winters the country experiences and the knock-on impact this has.

For instance, claims from the winter of 2009 and 2010 were thought to have cost the industry between 2 to 2.5 billion Danish Krone (£21 million to £27 million). Another aspect that is having a detrimental effect on this sector is fraud, which is believed to be on the rise. Anywhere between two to three per cent of motor claims were counterfeit in 2010 and these can look like vehicle theft or fire. In addition, between six to eight per cent of all claims are fraudulent in private and commercial property.

When it comes to what types of policies are most sought after, between 55 to 60 per cent of the €57 million total of Lloyd’s business in the country was primary insurance, with the rest being reinsurance, according to the firm’s Nordic area manager Erik Borjesson. Out of the former, the main type is marine trade, which makes up 30 per cent. Between 15 to 18 per cent is property, aviation accounts for ten per cent and motor is six per cent. Penetration is very high for the insurance industry as a whole, according to Kasper Anderson, who is a spokesperson for the Danish trade association Forsikring og Pension. For example, the number of individuals who choose to drive without the appropriate cover is virtually non-existent.

This is because taxes are steep on vehicles and so the overall cost to buy one in Denmark is high. In regards to brokers in this market, Mr Borjesson says Denmark is “relatively well represented by intermediaries - both brokers and cover holders”. He adds that while the personal lines marketplace has been “almost completely disintermediated”, commercial still has a strong sway. When it comes to broker firms, Willis is the biggest, followed by Aon, Dahlberg and Marsh. In addition to these, there are also a few smaller companies with between ten to 15 individuals.

The Danish Financial Supervisory Authority regulates the life, non-life, personal accident and health segments of the market. Its Insurance and Reinsurance Broker Register includes 150 active broker undertakings, with 502 such professionals on their books, as of October 22nd 2012. According to the research paper ‘The Insurance Industry in Denmark, Key Trends and Opportunities to 2016’, the market is extremely competitive at the moment and is among the most dense across the world. Factors that threaten its success and profitability include strong competition in the non-life sector and the growing amount of risk being retained by insurers in recent years.