Estonia has a long and interesting history when it comes to insurance. One of the first organisations set up to offer protection to individuals was the Mutual Fire Assurance Company of the Boroughs of Tallinn. Fires were a constant problem in Tallinn, as between 1248 and 1684 there were at least five great fires.

The establishment of the mutual in 1866 came from the fact that both Baltic German and Russian mutuals did not want to insure wooden residential buildings located in the urban neighbourhoods that had been built in the 17th, 18th and 19th centuries because they were seen as high risk. 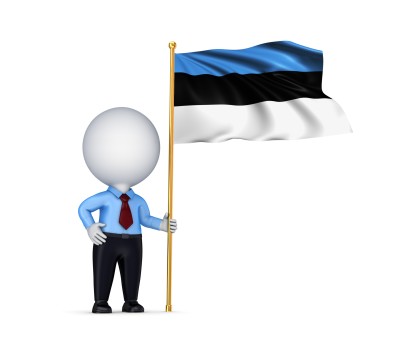 For the first three years of the mutual’s existence, only the established boroughs of Tallinn (including Kalaranna, Kopli, Kelmikula and Juhkentali) could be covered. However, in 1869 the rules were relaxed to include other cities.

Buildings were assured against fire (the insurance wasn’t actually introduced until 1923). Insurance companies were nationalised in 1940 and what started out as the Mutual Fire Assurance Company of the Boroughs of Tallinn is now known as If P&C Insurance AS - the leading Nordic non-life insurance company.

The country also boasts the Estonian Insurance Museum, which was founded in 1980 and acts a resource hub. It is curated with the cooperation of insurance work enthusiasts and has over 3,000 books and brochures. Office furniture and supplies from the 1920s and 1930s can be viewed, while historic fire insurance signs and insurance policies are on display. “The aim of the museum is to introduce the history and development of insurance activities to the public, including people who are employed in insurance, scientists, students, pupils and our clients, as well as veterans of insurance work and all other interested persons,” its organisers state.

The Estonian insurance sector is small in terms of assets when compared with other countries, according to OECD research, as it only accounts for 5.5 per cent of GDP. While banking is the primary financial service in the country, the insurance sector is expected to grow in the coming years.

Around two-thirds of the business is in the non-life sector, which contrasts dramatically with some other OECD countries. Indeed, 18 nations boast at least a 50/50 split, while 16 nations do the majority of their business in the life insurance sector. Part of the reason for this is that under the Motor Third Party Liability Insurance Act, motor third party liability insurance is a compulsory premium for anyone looking to register a vehicle with an Estonian number plate. The Financial Supervision Authority (Finantsinspektsioon) is responsible for overseeing the market on behalf of the state. This body is tasked with promoting the reliability of the Estonian monetary system.

The Estonian Insurance Brokers Association is responsible for 13 broking companies, which in turn account for 95 per cent of the total market. The aim of the group is to create a better insurance environment for consumers in Estonia. In Estonia, insurance intermediaries are divided into insurance brokers and insurance agent. The former is tasked with acting in the best interests of policyholders, while the latter is concerned with looking out for insurance companies. Brokers must be able to “justify the advice and recommendations provided to the customer with thoroughness which corresponds to the complexity of the insurance contract”, according to the Finantsinspektsioon.