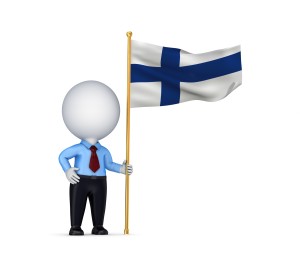 While so many economies and industries were damaged by the crippling financial crisis and subsequent recession, the Finnish insurance market seems to have weathered the storm and not followed in the footsteps of so many others.

For instance, the non-life segment grew at a compound aggregate growth rate of two per cent from 2008 to 2012 and was valued at €3.2 billion (£2.57 billion) in 2012. The four leading companies made up 91.7 per cent of the premium income.
By 2017, this part of the market is expected to be dominated by fire insurance and policies covering damage to property insurance, motor liability and workers’ compensation. In relation to how this type of cover is distributed in Finland, direct marketing channels are adopted most frequently, according to ‘Non-Life Insurance in Finland, Key Trends and Opportunities to 2017’. Life policies made up 81.8 per cent of the industry’s gross premiums in 2012, with bancassurance being the main way in which these financial products are sold. The ten biggest companies made up the overwhelming majority (97.1 per cent) of written premiums in 2012.

However, the demand for guaranteed-return policies has been on a downward trajectory - as has the supply of them - on account of the reduced interest rates that government bonds are offering. This is according to ‘Life Insurance in Finland, Key Trends and Opportunities to 2017’.

By the end of 2012, 43 licensed Finnish insurers existed, with the breakdown being as follows: 23 specialised in non-life, 13 in life and seven in statutory employee pension insurance. In total, 10,870 individuals were employed by insurance firms, which was 200 more than the previous year - and 200 more than the one before that.

In regard to the role that brokers play, there were 72 such businesses on the Insurance Brokers Register by the close of 2012. This is a marginal increase from 2011, when there were 68 firms. It is believed around seven per cent of all premiums written were conducted through brokers in Finland, according to the Federation of Finnish Financial Services. Brokers started playing an active role in the insurance market as a whole towards the beginning of the 1990s and have continued to increase in prominence since then. Towards the end of 2013, the broking market arguably received a fillip when Howden Broking Group acquired a majority share in Finnish broker Colemont Finland Oy.

Post reports that Colemont Finland Oy has “significant real estate capabilities, alongside corporate, aviation and marine expertise” and this is set to be an exciting period for this company. It has 50 members of staff and boasts real experience in casualty, marine, aviation and estate.

Managing director for Colement Finland Jorma Hakonen said: “Over the past eight years we have worked hard to build a successful insurance broker, and this is an exciting next step for us. Joining Howden provides a great platform on which we can build an even stronger position in the Nordic market.

“By becoming part of Howden, we have the opportunity to access the expertise and networks within the business, and benefit from the support and strength of an international broker, as we continue to build a market-leading broker in Finland.” As the economy shows signs of recovery, it will be interesting to see how Finland’s insurance markets - and especially brokers - fare.