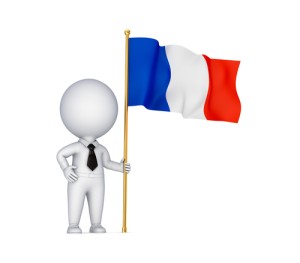 When it comes to the origin of insurance, the concept of protecting individuals against adverse change is as old as human history. For instance, the Catholic Church used to collect mandatory sums of money from the French population to fund its activities, which included providing assistance and help to the poor.

The roots of the French insurance market arguably began in Greece however, when the concept of maritime cover was introduced in around 600 BC. The Greeks devised a system where ship owners could protect their goods and boats against any unfavourable risk. This was used in the majority of Greek ports, such as Marseille, according to ‘The French Insurance Market: Background and Trends’ by Bertrand Venard.

It worked by ship owners being given the price of the goods before they set sail. They then had to return the money with a noticeable amount of interest if all went successfully - a loan and insurance setup. This form of marine cover was the most popular form of policy in France for many years.

However, the concept of insurance changed dramatically in 1234 when Pope Gregory IX disallowed any interest on a loan in the Christian world, which included France. This decision is seen as seminal, as it enabled the modern insurance product to form. Italian traders inverted this model and paid a sum of money before the transport to a wealthy individual who was prepared to take the risk. In exchange, this rich person had to stump up the insured loss. This then became adopted elsewhere in Europe and a signed maritime insurance contract of this kind has been found in Marseille, dated in 1437. Insurance companies were birthed out of a strategy to avoid the crippling effects of war. Understandably, certain individuals entered financial uncertainty as hull and cargo policies were the main ones to be underwritten. As the investor could not rely on reinsurance, he would often go bankrupt. To solve this problem, some people joined forces to solidify their economic situation.

In 1686, King Louis XIV agreed to the creation of an insurance company called La Chambre Generale D’assurance. Other key milestones include the first private life insurance firm being formed in 1788, followed by state cover being introduced for mine employees.

This included their retirement, accidents and health. The French government dictated in 1905 that the state would supervise life insurance companies so customers would be protected. This increased to all such firms in 1938. After World War II, the government introduced different reforms to the insurance market, such as social security. This insured work-related accidents and health, and brought about retirement money and social benefits. While many insurance firms were nationalised from 1946 onwards, the industry changed in the 1990s as a large number became privatised. The French state became much less involved in regulating the industry, marking quite a change from the previous few decades of activities.

In regards to the modern-day French sector, brokers had a market share of 14 per cent for life policies and 18 per cent for general cover in 2009, figures from Post reveal. Bancassurance commands 60 per cent and 10 per cent respectively, while tied agents have seven per cent and 35 per cent. As of 2013, the top ten brokers in France accounted for 71 per cent of all commercial non-life insurance broking revenues.

Very few French insurers have been forced to declare bankruptcy in the last 65 years - only one life insurer and a few general insurers. Change also happens very slowly in this industry, which can give the illusion it is extremely difficult to break into. Only time will tell whether or not this industry will change in its approach. With the rapid advancements in technology changing consumers’ lifestyles, the onus is on those in this sector to innovate to a sufficient degree to enhance appeal.