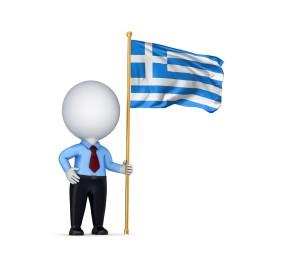 The modern insurance market has much to thank Greece for, as it was certainly a historic pioneer in this industry. From around 600 BC, it is believed the Greeks devised a system whereby loans were given to merchants with the caveat that if the shipment was lost at sea, this borrowed sum of money did not have to be repaid. This way, the interest on the loan covered the risk attached to the situation.

In addition, early forms of health and life insurance existed through the creation of guilds that were known as benevolent societies. Families who expressed a desire to be considered part of the community would put forward sums of money on a regular basis. When a member of the clan died, the society would pay for the expenses brought about by the funeral and look after the grieving family.
This came about because these Greek civilizations noted that it was advantageous for the wider community for those struggling with adversity to be looked after sufficiently. These forerunners arguably helped to pave the way for the modern form of insurance that many are involved in today.

Greece has featured quite prominently in the news as of late due to its financial instability and it comes as little surprise that the insurance market has struggled. For instance, the turnover of Greek insurance firms in 2013 was €4 billion (£3.19 billion), which is noticeably lower than 2007’s total of €5.5 billion.

Last year, the share of this market in Greece’s gross domestic product was 2.4 per cent, which is a modest rise from the two per cent recorded 20 years ago. However, this increase is significantly lower than the 5.7 per cent to seven per cent rise in Europe as a whole. This is according to head of the Association of Insurance Companies and chief executive officer of Eurolife ERB Alexandros Sarrigeorgiou, who revealed this at a forum called The Future Of Insurance in Greece, GR Reporter states.

“The market is not growing and the Greeks remain uninsured. In the years before the crisis, public insurance was mostly stimulated but the system has failed and it is unable to meet the demands of citizens at present. We are presented with a significant opportunity but our success depends on our credibility,” he said.

Executive director of the Association of Greek Insurance Companies Margarita Andonaki is quoted by the publication as attributing the contraction in the market to the recession, unemployment and the lessening of income. Overall, the purchasing power of the Greek public has dropped by 22 per cent and the middle class has become smaller. The latter is especially important to note because this demographic tended to be the most reliable consumer when it came to insurance.

However, Ms Andonaki was not prepared to allow financial instability to be a valid excuse for this poorly-performing market. “The crisis cannot be an excuse since in Portugal, where there is a crisis too, the insurance activity has increased threefold,” she insisted. In regards to the presence of brokers, they are still a relatively new concept when compared with other countries in the EU. Where these professionals are active, it tends to be in the large industrial and commercial accounts, and reinsurance for the local market, according to a report from Lloyds.

However, there are still motor brokers who are trading in the market, which are of a considerable size. Those who are active in the marine market tend to deal offshore. Large international broker Aon had the top turnover (€14.1 million) in 2011, with Motorat and Piraeus in equal second with €8.9 million.

Others on the list include Elpa (€6.8 million), Mega (€6.3 million) and Marsh (€4.8 million). While countries are trying to recover from the crippling financial crisis, it appears that Greece has been especially hard hit, so it will be interesting to see if the insurance industry - and indeed brokers - can keep their heads above water in these tough times.