The Hungarian insurance market took a bit of a battering in the period between 2008 and 2012, with a compound aggregate growth rate (CAGR) of -1.5 per cent.

It is believed that a tough economic climate is the reason behind these negative figures, while the non-life insurance industry did not fare especially well, recording -3 per cent CAGR. This came about because of fewer new vehicle sales, which brought about fewer motor premiums, while there was also a rise in the number of claims made in light of natural disasters and alterations in the regulatory landscape. 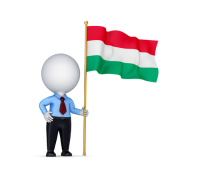 These are the findings by Research and Markets, called ‘Non-Life Insurance in Hungary, Key Trends and Opportunities to 2017’.

However, it is not all doom and gloom. Looking ahead to 2017, the climate is expected to improve and provide more pleasant reading.

The non-life sector will increase by a considerable 2.5 per cent CAGR between 2012 and 2017. This will come about as a result of more awareness in property insurance. This will lead to certain challenges for brokers as it is believed “innovative and customised non-life insurance” products will be on the priority list of consumers. It is vital that intermediaries and those working in the industry take the time to ascertain exactly what products the public require.

As the country’s economic situation starts to improve and gain more stability, this will have a knock-on effect on the insurance industry. It is also predicted that there will be more awareness among individuals about the perks of non-life cover, which will lead to an upward trajectory.

However, a report by Business Monitor International suggests this growth may not be happening as soon as some in the industry would hope.

It is believed the “current challenging conditions will persist over the next few quarters” for both non-life and life cover. There has been some “strong growth” in premiums in the former market, however the report concedes these have been “principally focused in small, niche markets”. As mentioned previously, the drop in motor premiums has had negative ramifications and there is definitely scope for the industry in Hungary to improve.
Overcapacity is still a hurdle that needs to be overcome, as prices and rates respond and react to downwards pressure. Nevertheless, the ‘Hungary Insurance Report - Q4 2014’ revealed how there has been a growth in premiums of as much as ten per cent recently, because some marketing campaigns have borne real fruit.

“Regarding Hungary’s life segment, increased innovation amongst the market leaders and the development of new product ranges may result in a pickup in premiums growth rates. Recent developments such as VIG’s takeover of Hungary’s AXA subsidiary also suggest that there is some confidence returning to the market after a turbulent few years,” the report wrote.