Insurance in Japan was initially based around providing marine and fire cover to businesses and consumers.

Tokyo Marine, which is the largest non-mutual private insurance group in the country, was the first provider to be established back in 1879 and a number of others followed suit in the proceeding decades. 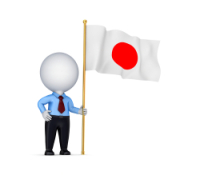 After a series of amalgamations with other insurance lines, the association was established on April 1st 1946, and it took on the English name of GIAJ in 2003. As well as looking to drive improvements in the quality of business processes and customer relations, it also seeks to make a contribution to the global community.

There were major changes in the non-life insurance industry in the 1990s. Firstly, the International Business Law was introduced in 1996, which was then followed by the abolition of the obligation of industry players to use premium rates as calculated by rating organisations. This meant that the market became more liberalised and deregulated, which has helped to drive business growth in the intervening period.

In terms of international comparisons around general insurance premium volumes, Japan was ranked second when it came to gross direct premiums with a 6.51 per cent global market share - the US led the way with 35.3 per cent. But Japan was only 26th when it came to gross direct premiums. When looking at the life insurance market, there are 43 companies offering this particular cover, which is a relatively small number for such a mature market. Indeed, according to Manulife Financial, it is the second biggest life insurance market in the world, behind only the US. At present, nearly half of these insurers are under foreign ownership and operate as subsidiaries, with Allianz Life, AXA Life and AEGON Sony Life among the biggest.

Like the majority of business sectors, insurance was badly affected by the Great East Japan Earthquake in 2011 - the Life Insurance Association of Japan recorded more than 20,000 cases that were directly related to the earthquake. The non-life market has also encountered some challenging conditions of late, as a mixture of constant automobile insurance losses, an unfavourable investment environment and frequent natural disasters have hurt the sector.

In an effort to boost enterprise growth, insurers are determined to win customers’ trust and introduce service improvements. The Toa Reinsurance Company also hopes to “integrate the total capabilities of the group and pursue group synergies to enhance profitability even further [and] allocate resources strategically to selected and focused areas”.