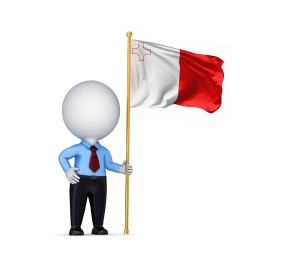 Malta’s insurance industry has a long and impressive history that can be traced back to the 14th century and maritime trading with other Mediterranean countries. It was an established industry by the 18th century and benefited from its dominion status with Britain, as this meant there was a strong in-flow of capital from those shores. To this very day, English laws and practices shape the way the insurance industry is organised.

The country received its independence in 1964, but by this stage there was a large number of major English insurance companies operating on the island through many branches and agencies.

But Malta’s accession into the EU in 2004 has made it a very attractive location for a number of countries around the world, particularly as a base for captive and other insurance and reinsurance businesses. Domestic insurers, brokers and other intermediaries are now able to offer their services in any EU or EEA member state. The knock-on benefit of this is that Malta is seen as a more cost-effective location than other nations. This in turn means insurance premiums for risks outside Malta has outstripped premiums for local risks by a factor of 7.5 to 1.

The Malta Financial Services Authority (MFSA) is the regulator of the industry, while the Association of Insurance Brokers is an association comprising the majority of the major insurance brokers in Malta. A significant number of entities have also chosen Malta as their gateway into the EU. Among the reasons for its popularity are:

Development as an insurance industry player The development of Malta’s insurance industry can be linked to its growing reputation as a reputable financial centre for businesses, both of which have accelerated since 2004. Indeed, in the most recent Global Competitive Index from the World Economic Forum, it was ranked 36th out of 144 countries in the financial market development sub sector, and tenth in soundness of banking.

It is also innovative in its law-making, being the only full European member state to offer Protected Cell Company (PCC) legislation. This allows companies to establish a cell within a PCC and write risk through that cell so the regulatory burden of an insurance company can be spread throughout the owners of the various cells and the core of the PCC.

However, it does not make individual cell owners liable for others. Medium-sized corporate groups looking to set-up an insurance arm find this particularly attractive.

Thanks to its efficient regulatory environment, low-cost location and favourable tax system, Malta’s insurance industry is expected to go from strength to strength.