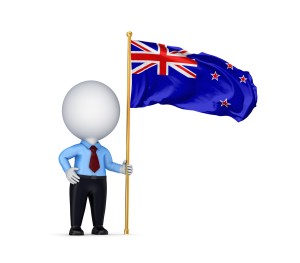 A huge challenge that the New Zealand insurance industry is currently facing is the threat and danger of natural disasters. These are more commonplace in this country than in other areas of the world and a report by PricewaterhouseCoopers highlights just what a detrimental effect this is having upon the market as a whole.

The earthquakes in Christchurch in 2011 are taken into consideration in this 2013 document and it says: “Several respondents were concerned the increased frequency of extreme events in recent years will become the new normal for New Zealand, especially in heavily populated and insured areas.”

In addition, concern has been voiced in regard to the under-pricing of catastrophe risk. Another respondent claimed that if a huge earthquake was to hit the country, products are so “poorly designed” that catastrophe models are “simply wrong”, adding: “We will be in a real mess.”

How is New Zealand to move forward after this huge blow? It has been suggested that brokers are crucial to this, as they offer a personal touch to the service, which is arguably a benefit considering the landscape is a little shaky at the moment.

One respondent advised: “Insurers need to get to grips with how society - especially younger society - interacts, and especially with how they want to compare products and buy stuff.”

It has been suggested that the type of policy being bought will determine whether or not the consumer decides to use a broker.

Another way in which the insurance industry is being challenged to change is through using innovative technologies, such as analysing online data to help them to better enhance risk analytics. The digitisation drive is one that is affecting all sectors of the business and financial world and it could be that any companies failing to embrace this way of communication could miss out on custom - especially with the younger generations.

“The insurance industry is not innovating (in terms of products and business practices) in the face of its business model slowly decreasing in value and relevance to the knowledge economy,” one respondent claimed.

One issue brokers face centres in on how much commission they receive for their troubles. An article by the NZ Press explored this issue and chief executive of the Insurance Brokers Association of New Zealand (IBNAZ) Gary Young acknowledged that transparency was important, but didn’t see why compulsory disclosure needed to be mandatory.

“What would tend to happen is people would say: ‘I don’t want to pay that fee’, and go to direct insurers.

“If that were to happen, then people would be buying insurance based on price without any advice as to what was best for them.” IBANZ has 150 member firms who employ more than 2,500 personnel. As much as NZ$2.5 billion (£1.26 million) of premiums are underwritten each year out of a gross market premium of around NZ$3.5 billion.

With natural disasters being a constant threat - one need only to look at the July and August 2013 Cook Strait earthquakes as a reminder - the insurance industry must be able to cope with sizeable tragedies when they occur.