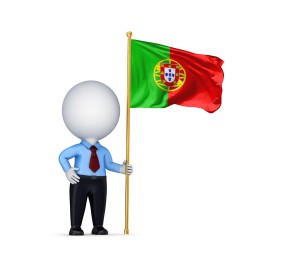 King Ferdinand I of Portugal and the Algarve, who reigned from 1345 to 1383, chronicles the use of reciprocal insurance around 1375, which is thought to be one of the earliest mentions of some kind of cover.

In addition, there is a record of a chamber of insurance against charges and the like from Porto towards the end of the 14th century.

Portugal had the 15th largest life insurance segment in Europe in 2011, when looking at gross written premiums. Indeed, life policies took up the lion’s share (66.1 per cent) of premiums in 2012. However, the financial crisis and ensuing recession had a really detrimental effect on the insurance industry as a whole in Portugal, which led to gloomy figures across the board such as life insurance sales dropping between 2008 and 2012. These are the findings of the ‘Life Insurance in Portugal, Key Trends and Opportunities to 2017’ report.

Similarly, the non-life segment also shrunk to €2.3 billion in 2012 from €2.7 billion four years previously. There has been a reduction in the number of houses being built, which has impacted negatively on the property insurance market, which accounted for 34 per cent of the non-life sector in 2012. In addition to this, automobile sales have been on a downward trajectory, again having an adverse effect on motor insurance. This made up the majority (59.5 per cent) of the sector in 2012. Brokers have also suffered the fallout of the economic turbulence. The number of such professionals dropped by 1.9 per cent in 2010-11. In addition, it fell 4.7 per cent the previous year, suggesting the deteriorating financial landscape was having an adverse effect on these intermediaries.

However, the authors are of the opinion that long-term savings products are set to rise in popularity over the next few years. This is because of the economy slowly but surely recovering, the ageing population and fewer government benefits - on account of tough austerity measures.

The insurance industry in Portugal is also keen to train new talent and ensure it goes from strength to strength, and this is evident by the number of programmes it runs. In 2011, 198 training courses were put on by the Portuguese Insurance Academy, which meant that 3,341 individuals were given the information they needed.

This included the APS Broker Qualification Course and it amounted to the biggest share of training organised that was long distance. In total, 1,875 brokers became certified in both insurance and reinsurance.

As the financial landscape of the country - and indeed the world - starts to show signs of recovery, it will be interesting to see if brokers in Portugal see an increase in business.