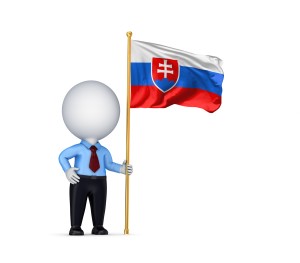 As with the Czech Republic, the Slovak insurance industry does not go back very far as it only became a country in its current format in 1993.

This was after the so-called ‘Velvet Divorce’ that saw the dissolution of Czechoslovakia through peaceful means. Insurance was initially used in that country as a means of offering protection to homeowners and businesses from the threat of fire, but the sector diversified in the 20th century.

Since gaining independence 21 years ago, the economic performance of the nation has been impressive. It boasts one of the fastest growth rates in the European Union and the OECD, and stopped receiving aid from the World Bank as of March 2008.

There are 17 insurance companies in Slovakia, according to the latest figures. This reflects the relative youth of the sector and so it is still highly concentrated - only three of the licensees for practicing insurance have been granted since 2002. On top of this, seven firms are allowed to offer reinsurance activities.

The Slovak insurance industry, like many others across the European Union, struggled during the economic downturn. This was accentuated by the fact the sector was quite small to begin with. However, as penetration levels are quite small and there are not a lot of insurance companies, there are plenty of opportunities for growth.

Life insurance makes up a major part of the sector, as it is responsible for over 50 per cent of all gross premiums underwritten. Allianz Slovenska Poistovna Insurance and Kooperativa are the two biggest life insurers in the market. Public healthcare insurance is mandatory in Slovakia and the protection is funded through a combination of the employee, employer and the state. In terms of non-life insurance, motor vehicle insurance is the primary contributor. This particular trend has been linked to a rise in the number of cars.

Both the life and non-life insurance markets are expected to grow in the next four years, according to Business Monitor. The economic outlook of the country is more positive than many of its peers, while local subsidiaries of multinational insurance firms will continue to play a big role in the sector.

The life sector is expected to increase by five per cent per year (in euro terms), with investment products such as later in life savings behind the growth. Insurance brokers in Slovakia The Slovak Association of Insurance Brokers is responsible for insurance brokers in the country. It has 15 members and they all adhere to the Code of Ethics of Insurance Brokers, which was adopted in 1996 and amended in 2000. This outlines certain professional standards and guidelines that all brokers are expected to follow