Slovenia’s insurance market has come on leaps and bounds since it entered the EU in 2004. 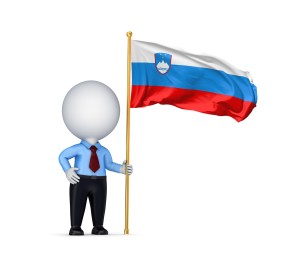 Before becoming an independent country in 1991, Slovenia was a part of Yugoslavia. The insurance industry, like many others in Europe, grew out of a necessity to provide cover for fire. In 1927, this type of insurance still accounted for 57 per cent of all protection.

The first domestic insurers were not actually founded until the 20th century, with the majority of cover provided by Italian companies up until this point, according to the International Insurance Foundation. When the insurance market did begin to grow, this was mainly centred around cities. After the Second World War, insurance was nationalised and each autonomous region was given its own insurance company. Like other former Yugoslav states, Slovenia was coming from something of a standing start after the break up when compared with nations that were used to EU insurance market norms.

For a start, it only had one company at the outset (Triglav) and this proved problematic in terms of improving competition. However, the Insurance Supervision Agency was set up in an effort to bring proper supervision and regulation to the insurance industry.

Up until 2008, the sector was performing very well with plenty of room for future growth. This was, in part, due to the fact that insurers based in other EU nations were able to set up offices in the country. Between 2008 and 2012, the industry struggled because of the global financial crisis. The country itself went into recession and the life insurance market declined at a compound annual growth rate (CAGR) of -1.8 per cent during this time period. However, Timetric expects this pattern to be reversed in the next few years, with a CAGR of 4.2 per cent forecast until 2017. Non-life insurance was the largest segment in the market in 2012, as it was responsible for over 42 per cent of all gross premiums written. The financial crisis also had an effect here, as a fall in disposable income meant car purchases dropped, reducing motor insurance policies in the process.

With the government introducing a number of measures - including privatisation and labour reforms - it is hoped employment will be increased, which in turn should support the non-life market.

The interests of insurance companies are represented by the Slovenian Insurance Association (SIA). This body was set up in 1992 and was known as the Slovenian Insurance Bureau until 1997. The SIA issues approvals to individuals and organisations that have professional relationships with any of its members, while also representing the collective and individual interests of its members.

One of the major changes to the sector was the establishment of the Financial Services Tax Act at the end of 2012. This meant that the services performed by insurance brokers and insurance are liable to pay a 6.5 per cent tax on the fee they receive.

The Insurance Brokers Association of Slovenia is the body responsible for overseeing brokers operating in the market.

Established within the framework of the Chamber of Commerce and Industry, it seeks to deal with any of the problems and situations that insurance brokers experience. At its heart, the body looks to improve the working conditions of insurance brokers.