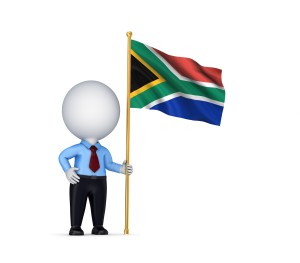 The first insurance legislation was passed in South Africa in 1891, with the Life Assurance Act, No 13 designed to encourage people to take out protection.

As part of the act, the financial conditions of companies were investigated by a qualified actuary - typically someone hired from abroad - every five years to ensure working practices were proper. Up until this point, Roman-Dutch law had been used to deal with marine insurance.

Over the years, the importance of English law grew in various regions in the country. However, in 1977 the Pre-Union Statute Law Revision Act repealed the Cape General Law Amendment Act. This meant that the Roman-Dutch law of insurance was restored.

While English law no longer has any binding authority, its principles are still adhered to in many parts of the nation.

The insurance industry in South Africa is well placed to record impressive growth in the future, according to KPMG. As a high growth market, there is a real opportunity to boost revenue and innovation. In recent times, insurers have collaborated on open-source models. An example of this is the Global Earthquake Model and it highlights how companies are willing to try new methods in order to further advance the industry.

One of the biggest drivers at present has been the development of a new younger, increasingly mobile middle class. These people are keen to take out insurance products that reflect their lifestyles. In 2013, economic growth increased at only 1.9 per cent. This disappointing figure was influenced by a reduction in exports following the recession in Europe and the protracted strikes in the mining and metalworking industries, PwC states. However, insurers are becoming increasingly efficient, as the majority of companies were able to manage their businesses within the assumptions that were set for 2013.

Considering the challenging circumstances facing insurers, new business volumes were surprisingly sprightly, as a 13 per cent year-on-year increase was recorded. This is well in excess of CPI of 5.8 per cent.

“The outlook for the insurance industry remains stable despite the continued market uncertainty experienced during the course of the year, and a host of regulatory and reporting changes,” said Tom Winterboer, PwC leader of financial services for Africa. Life insurance is a massive market for South Africa - indeed it generates 90 per cent of Africa’s life insurance income. The country has the second highest life insurance penetration in the world after South Korea. This is even more impressive because half of African countries either do not have a life insurance sector, or it is only a marginal market.

Brokers play an important role in the South African insurance market, as they are on hand to offer advice to both individuals and businesses to make sure they select a policy that meets their requirements.

According to Insurance Brokers South Africa, these professionals will “explain clearly what is and what is not covered under your proposed policy and will then process your application if you decide to go ahead”. All brokers in the country are regulated by the Financial Services Board, and this means they have to follow strict codes of conduct when arranging insurance.