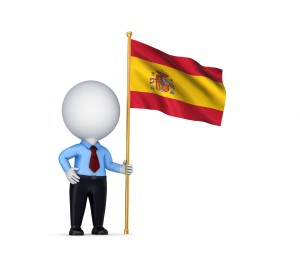 It is believed that the first form of insurance that was bought and sold in Spain was marine cover.

According to Aviva, the first marine policies were found in the 13th century in Italian city states, such as Genoa and Palermo. By the turn of the 16th century, marine insurance was available in Spain, as well as other European countries such as England and France.

Life insurance was banned in Spain between the beginning of the 15th century and end of the 17th century, on account of the fact that some thought it was not appropriate. This is because this form of cover first appeared in the form of putting wagers on the lives of important people, such as rulers and popes, according to ‘Towards an international history of insurance: what we know, and terra incognita’, a paper by Robin Pearson from the University of Hull.

Some felt this was unethical or even offensive and along with Spain, France, Venice and Sweden forbade life insurance contracts. Fire insurance came to Spain in the latter half of the 19th century and this drive was spearheaded by British firms. This form of cover also reached further afield such as Australia and the Middle East. In order to mitigate the risk, these ventures were often joint as there was a degree of the unknown when entering a foreign climate.

An article from Post towards the end of 2010 revealed that brokers in Spain now have more stringent regulatory conditions to which they must adhere. For example, such professionals need to take exams and study for in excess of 50 hours to obtain a licence that will allow them to practise as a broker in this country. As a result of the extra emphasis being attributed towards complying with regulation, many agents have had to close down and stop trading.

The recent economic crisis and ensuing recession crippled numerous firms and had a devastating effect on many in business, but a report by AM Best showed that the insurance industry in Spain has coped well throughout this downward turn. In fact, because individuals are using their vehicles less in an attempt to save money, the non-life insurance sector has benefited from fewer claims in this part of the market.

The industry as a whole did well in 2012, with premiums dropping by only 5.5 per cent to €57.7 billion. This came about primarily due to fewer non-life risks because of the aforementioned motoring issue. Senior director of analytics Carlos Wong-Fupuy said: “AM Best considers financial indicators for Spanish insurers more robust than those in many other European markets.

“Profit margins remain healthy, despite the country’s challenging economic conditions and the emergence of alternative distribution channels such as the internet. On a standard basis, capitalisation of companies is strong, with no debt leverage issues.” The report states that “intense competition” is likely to continue and pressure will still be applied to rates.

Another publication from Post highlights the digital revolution that is currently taking place and how if brokers were to embrace this, it could lower the cost of bringing their services to the customer. For instance, Markel Spain has launched an online facility that enables a quote to be generated within minutes, which has appealed to Spanish brokers because of its efficiency and streamlining benefits.

While Spain has fared favourably over the last few years, it remains to be seen if the market as a whole - and especially brokers - can continue to rise to the challenge of this risky industry, especially as the technological revolution develops.