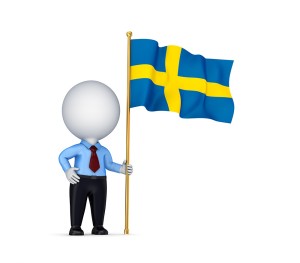 The Swedish insurance industry was valued at SEK 270 billion (£24 billion) in 2011, marking the fact that it is a key part of the overall economy.

According to a report by Svensk Forsakring, this sector hired more than 20,000 individuals - slightly more women than men - and invested more than SEK 2,940 billion in the global economy.

There were 443 registered insurance companies in Sweden in 2011, with the majority of these being small non-life cover ones. The five largest firms in this part of the insurance sector dominate 83 per cent of the market, but this is not the same for life policies, as the leading five businesses command just over half (52 per cent), according to data from the Swedish Financial Supervisory Authority.

Furthermore, there were 38 foreign insurance companies that are represented through branches or agencies and the last ten years has seen this figure rise noticeably. In total, the insurance industry made up one per cent of the country’s gross domestic product.

A report on Local News highlighted how private medical insurance was proving popular in Sweden, with one in ten choosing to purchase this cover to avoid waiting for long periods of time for the national health care. In the majority of instances (80 per cent), the person’s employer had offered them this so they would not be out of work for quite so long a period.

It is believed there are more than 1,000 registered insurance intermediaries who are working in this industry.

There has been a marginal increase in the distribution share of brokers in the commercial non-life cover segment in the last few years, according to ‘Commercial Non-Life Insurance Brokers in Sweden’.

When it comes to commercial broking revenue shares, Aon is the clear leader with Marsh and Wills in the top ten.

There doesn’t seem to be a particular specialism in relation to which sections of the market brokers are most active in. The future seems to be bright for these professionals as their distribution share is expected to increase, as is the overall value of the broking market in the near future.

The positive impact brokers are making on the industry is highlighted through the Insurance Brokers of the Year 2013 accolade, which was awarded to independent insurance brokerage firm Brim. The award came in light of its efforts to bring in new business for the construction industry.

During 2012, banks and export companies in the Nordic region were supported by this organisation on account of its insurance solutions that lower the risks in developing countries. As a result of this action, funding has been provided for many projects.

This broker’s turnover skyrocketed by 50 per cent in 2012 and has been chalked up to the fields of credit and political risk.

It has managed to streamline processes and lower the insurance costs associated with construction through various projects and lots of hard work.

Risk & Forsakring, which is part of Svenska Nyhetsbrev - Sweden’s leading supplier of independent business, financial and industrial news - organised the ceremony with the help of Stockholm School of Economics.