An early form of insurance can be detected as early as the 8th century in The Netherlands, when members of occupational guilds pledged to help each other financially when difficult situations presented themselves.

Individuals compensated each other when natural disasters adversely affected them, such as the sea, fire or a flood. In addition, members were also given money when their cattle were stolen. 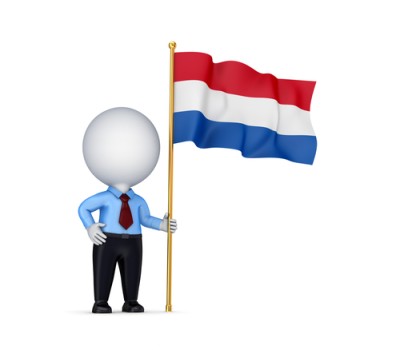 This setup became an even more important staple after the Reformation. This is because before this event, a large proportion of the revenue of the occupational guild went on financing altars in the church.

After the Reformation, this use of the money was no longer allowed and so it went towards financial help towards any members who were poor or disabled, or the widow of any individuals in the group, according to ‘Insurance in The Netherlands: Market Structure and Recent Developments’ by Alfred Oosenbrug.

An early prototype of life insurance came about in 1345 when Willem V issued life annuities in a bid to recover some of the holes in his budget. The amount of money in this sum had nothing to do with how old the individual was, although it had to be paid out until they died. While this method was an early form of modern life annuity policies, the premiums that were paid out were not calculated through any actuarial working.

Dutchman Johan de Witt came up with the concept of using maths to ascertain how much should be paid for life policies in 1671, but not until 1807 did the first scientifically-based life insurance company come into being in The Netherlands.

In regards to the development of the non-life market, this began to really take off in the 16th and 17th centuries. Insurance broker Juan Henriquez was underwriting around 100 policies every month in Antwerpen in the 1560s and in 1619, the Amsterdam bourse opened.

Because of this, brokers began to write marine insurance policies and Amsterdam consequently became the most important forum for transport cover in The Netherlands as a whole.

However, this took a tumble when the country was invaded by the French in 1795. The London market benefited hugely from this and Lloyd’s of London took the crown as being the most important co-insurance market across the globe. Incidentally, the first chairman was the Dutchman Marten Kuyck van Mierop. After 1795, brokers shifted their focus to underwriting fire insurance instead of transport policies. Towards the end of the 20th century, the supervisory regulation within the EU became reconciled.

A report from Moody’s released last year suggests the future for the Dutch insurance industry as a whole is not looking overly positive. The reasons for this are that the life sector is expected to shrink on account of the mortgage market slowing, insurers are targeting pension volumes to the detriment of margins, increased levels of competition are occurring in non-life policies and there is heightened pressure on health insurance profitability.

Co-author of the report Benjamin Serra - who is vice-president for European Insurance at the firm - said: “In particular, our expectation of a mortgage market slowdown will negatively affect life insurers, because mortgage-related savings and protection products represent an important part of life insurance sales.”

Furthermore, the life insurance market will decrease on account of individuals choosing to purchase banking products instead. The number of brokers active in the insurance industry as a whole has decreased notably in the last five years. There were 5,665 broker firms in 2009 and while this temporarily rose to 5,750 in 2010, this figure has been on a downward trajectory since.

It stands at 5,185 as of 2013, having hovered around the 5,400 mark in the two years before this, according to the Dutch Association of Insurers 2013. Writing for Forrester, Auke Douwe Veenstra points out how various mis-selling scandals in the UK and The Netherlands have put pressure on brokers, which has forced many to switch to a fee-based model instead of commission.

He also highlights the need to embrace the digital revolution that is currently taking place, so it will be interesting to see what the future holds for brokers in The Netherlands in light of this and the current economic situation.