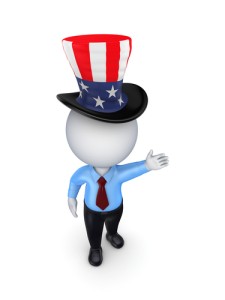 As with many countries throughout the world, the US insurance market began initially as a way to offer protection for fires.

The first company was set up in Charleston, South Carolina in 1735, while Benjamin Franklin helped to establish the Philadelphia Contributionship a few years later in 1752. This is the nation’s oldest insurance carrier still in operation. In 1792, the first stock insurance company was created in the form of the Insurance Company of North America, while Massachusetts was the first state to bring forward laws designed to make sure insurance companies maintained adequate reserves in 1837.

The sector continued to grow steadily through single-line insurers over the next 150 years until the 1950s, when companies were granted permission to underwrite more than one line of insurance. This means that multi-line, multi-state and even multinational insurers now dominate the market.

Because of the federal system in place in America, regulation was historically the task of individual state governments. However, this system was overhauled in the 1980s after a number of companies were declared insolvent, with poor oversight singled out as one of the contributory issues.

This led to the creation of the National Association of Insurance Commissioners, which acts as a forum for the creation of model laws and regulations. At a federal level, the Financial Stability Oversight Council is responsible for monitoring the US financial services markets to ensure stability.

Fast forward to the present day and the insurance industry in the US is booming, with total premiums in 2013 reaching $1 trillion (£626 billion). Life and health insurance accounted for 54 per cent of premiums, with property/casualty cover responsible for the remaining 46 per cent, according to figures from SNL Financial. Property/casualty covers a host of day-to-day insurance types, including auto, home and commercial.

Research by the US Bureau of Economic Affairs has also revealed that in 2012, insurance carriers and related activities accounted for $413.1 billion, or 2.5 per cent of US GDP.

According to Wells Fargo, 2014 is expected to deliver a “stable to somewhat competitive environment” for business insurance. Market capacity is currently at an all-time high and the sector has recorded a more profitable year than in 2013, with larger companies well placed to deal with any upward pressure rates.

Brokers in the US are regulated by the states, and these bodies will hand out licences to those looking to sell, solicit or negotiate insurance. In order to successfully obtain one of these licences, a person must take a pre-licensing course, pass an examination and submit an application.

Once they have been granted broker status, people will be expected to demonstrate their continuing education in the sector. For example, California has a renewal strategy every two years. According to the National Association of Insurance Commissioners, 47 states have reciprocal agreements in place, which means brokers from one state can become easily licensed in another state.