TEn believes that most Directly Regulated (DR) Brokers, up to or over £3m GWP and above, would be better off in many respects as an AR of TEn. That’s compared to remaining as they are and whether or not they are members of a DR network.

This is rather a brazen statement, but at least we have the experience and the arguments to back it up. Or, at least, we think we do! 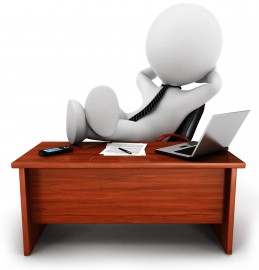 Nevertheless, simply because we believe it and we think we can make a good case, it does not necessarily mean that every Broker, of that approximate size, will resultantly feel comfortable with the concept of AR status.

For many reasons the proposition can appear quite daunting.

Possibly because there is more than a small element of trust involved.

Conversely, many of the start-up Brokers that TEn has fostered as ARs, are just as bemused that so few established Brokers of their own size, have failed to make the switch.

In this regard, it should be born in mind, that lots of our ‘start-ups’ are no longer ‘start-ups’. The majority of them are now aged between 6-12 years old.

Of course, the lack of converts from DR to AR status - arguably only two since 2005 - is perhaps because, neither TEn nor any of our emulators, have successfully put forward a clear proposition.

Ok, so here goes then!

TEn is unlikely ever to buy a Member or a Member’s book of business, except for a transitional period in a longer-term arrangement of Succession or Accession, involving other member Brokers.

Put simply, we do believe it right for a network to compete with its members.

When networks buy any of their members or non-members and establishes a ‘direct’ arm, then they become a competitor to all of their other members. There is no way around the logic of this.

A DR Broker, upon joining TEn, can, either, commit to becoming an AR once they have sampled the goods and, progressively enjoy the benefits of AR membership, during that adjustment period. Or, they can remain forever as DR, with some small, but significant, tweaks in the relationship.

All TEn ARs use Acturis as their broking system and so a DR Broker cannot become a full AR or DR member, until the transition is made to this platform.

Of course, it is the prospect of changing systems and the timing of that move, particularly if the established DR firm is locked-in for years by a software house.

This is the big stumbling block for established non-Acturis brokers joining TEn.

Hence, the 30-month transition period, which can be flexed a bit to suit the occasion.

In Australia, where the distinction between AR and DR (Licenced) brokers has existed rather longer than it has in the UK, there are not only many more AR networks, but it is generally accepted that brokers below a certain size are now - more often than not - ARs.

So why not here?

As far as General Insurance is concerned, AR status is a relatively new thing, since 2005. Also, it is unfortunate that people who sell leather sofas have been allowed to sell insurance as well, under the umbrella of being an AR.

Therefore, the same regulatory status as would cover a small professional Broker staffed by two ACIIs, one DIP and a CERT, can equally apply to somebody with a shiny suit, colourful socks and some costly form of kitchen Protection on offer.

Ideally the FCA should make a distinction in description between these two groups and thus go a long way towards removing the stigma surrounding the term AR.

Indeed, it used to be the same in Australia with AR status regarded as somehow secondary, but they got over it eventually.

On the other hand, your average Aussie bloke has a multiplicity of stigmas to overcome and, consequently, they are doubtless better practised at it.

Distressingly, this time, the Australians have got it right and the UK lags behind. AR status, together with the right network, beats the lonely condition of a small DR broker every time. It is partly a matter of economics and, certainly, one of a regulatory burden which is proportionately greater for the smaller broker.

However, it is upon the issue of independence that AR status (with TEn) scores most profoundly. We cannot stress enough how completely the motivation of TEn differs from other networks, because of our ownership model. Our goal is to promote the independence of our members and remain forever free ourselves.

According to Jean-Jacques Rousseau…

“Man is born free but everywhere he is in chains.”

This is never truer than when applied to the small DR broker in the UK provincial market. Whilst one can only respect their perception of their own independence, in reality, it is often illusory.

Detractors of the AR model, generally foreign owned networks that rely upon small brokers remaining directly regulated, will say that ARs have less freedom of choice in terms of where their business is placed. Not true; quite the reverse in fact.

TEn has in the region of 200 TOBAs with markets large and small to cater for the specialist needs of our brokers, whether their specialism is a non-standard form of cover or they are in a particularly competitive area for standard business.

Whenever possible we encourage the use of Preferred Markets, but we do not mandate it. The choice remains we the member broker and the choice they have is unmatched anywhere else. The only constraint would be the acceptability of a market to our Security Committee.

TEn is employee owned and beholden to nobody; we have no conflicts of interest. For our ARs, we facilitate wider choice than they could possibly achieve for their clients as small DR brokers and, at the same time, freedom from unproductive distractions that beset every small broker in the country.

Genuine independence and real freedom are a consequence of a life without constraints. Well, except those that FCA compliance places upon all of us.