The basis of the deal £ is always a percentage of brokerage shared between the AR and TEn.

We use a formula that incorporates a host of subtle variations, taking into account AR differences. This calculation looks at income size, average premium size, anticipated workload, proficiency in terms of Insurance and IT usage, plus other factors. 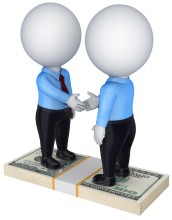 Then, once you have considered our formula, we can haggle a bit.

It would be completely wrong, however, for anybody to assume that the financial results of joining TEn would be like dealing with a Wholesale Broker for everything. It is nothing like that.

A sub-broker type of proposition would appeal to very few and so there would be very little point in us proposing anything of the sort.

In the interests of clarity we should add: -

Alas, that is about as much as we can say here and now, but you will find that we are surprisingly transparent about financial matters. Once we get to know you better.

The centralised technology costs are charged monthly per seat, on much the same basis and rate as any commercially available Cloud based service.

Indeed, you will be charged rather less for the Acturis system (per seat) than an equivalent sized Broker that contracts with them directly.

An initial two or three days of installation and training on the system is completely FOC. And this is usually sufficient for most people, especially for those who are accustomed to using broking systems and, in particular, Acturis.

We do reserve the right, however, to pass on training costs, if the learning requirements of a specific AR is bespoke and/or if somebody is unusually slow on the uptake. Yes, it happens.

On the other hand, TEn perceives the following burdens and associated costs will be lifted from its community of brokers:- 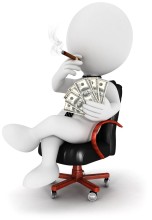 To name but a few of them:-

Now, have we persuaded you sufficiently and are you ready to make an enquiry?