TEn Insurance, the network for independent commercial brokers, raised £1,550 for charity at its annual conference on the 2nd and 3rd March.

The conference this year was held across three days in central London at the Grange City Hotel.  Insurer representatives from across its panel and TEn’s members together raised £550 from a raffle in support of RSA Manchester, who are raising much needed funds for various local charities. 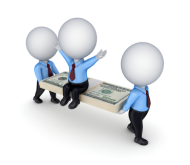 TEn Insurance Services marks its fifth anniversary (more or less) with a black tie gala dinner for network members and partners at its annual conference in October, at the City Grange Hotel situated in the heart of the insurance market in London EC3.

The conference covered such topics as new or improved deals/binders from insurers, proposed new working methods, technology, marketing assistance and - for the first time - a closed session for the membership to discuss amongst themselves the pros and cons of the TEn offering and what things they would like to see changed or improved.  This innovation was particularly appreciated.