Independent Broker of the Year?

Yes indeed, we are featured on the shortlist for the above category, in respect of the 2014 Insurance Times Awards on the 2nd December.  However, here we are on the 3rd November and we have not as yet booked a table, or half a table, or even a seat at said dinner event. 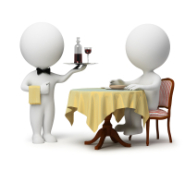 On the other hand, we have been dropping some fairly heavy hints to several (lots of) insurers along the lines that an invitation to fill spare seats on their own tables would be favourably considered. Actually, very heavy hints to be honest.

Obviously, we would have to spread ourselves around several insurers, not wishing to show any particular favour or preference to any one of them, particularly bearing in mind we are rather majoring upon the whole Independent Broker of the Year thing.

Disappointingly, we have not, as yet, been flooded by many - or any - firm or tentative bookings.  This is a bit of a dilemma because, on balance, one doesn’t want to resort to begging, especially because of the whole Independence thingy once again.

This just goes to show that insurers do not value the truly independent broker, otherwise they would be pleased and honoured to host one of the candidates for this category on their table.  You’d think.