TEn Insurance Services, the network for independent commercial brokers, is pleased to announce the addition of Acturis to become a supported broking platform.

Since 2005, TEn has been working on the CDL Strata system, set-up in such a way that member brokers have operated their businesses in their own ‘branch’ and have been able to see only their own data, whereas TEn staff have had access to all information across all ‘branches.’  The same infrastructure is now available to TEn members on the Acturis system. 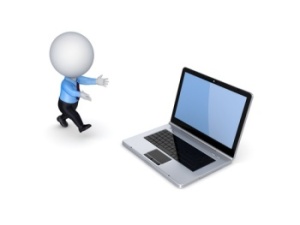 The decision to add Acturis as an alternative for brokers was taken early in 2013 and, after several months of preparation, the first TEn member went ‘live’ with the system on the 2nd January 2014.  A second new member is expected to be added before the end of March.

Comments TEn Director James Sharp: “Systems are often an emotive issue among brokers.  I know that, because I spent 17 years working for one of the broker software houses.

Consequently, we have for some time needed not to put ourselves in a position whereby everything about our company, our independence and our proposition might all appeal to a prospective new member, but for the lack of their favourite system.  This move fixes that for the enthusiastic Acturis user, which is indeed a good system as well.

When TEn first started in 2005, it was only Strata that could accommodate our peculiar need to limit data access for some people, but not for others.  More recently, Acturis has added this functionality and we have reached a size whereby we can cope two parallel systems.

Obviously, we have always been conscious that start-up brokers frequently come to us after working for consolidators, which organisations often use Acturis.  For some reason, we guessed that there could be more of those people (in 2014) coming our way than normally had been the case and, so, we needed to be ready for that.

However, our interests are turning increasingly toward small established brokers, possibly from other networks and we needed to make any transition easy for them too.  Not asking them to change systems was another factor in choosing to do what we have done.”

TEn plans to limit the growth of its Acturis based brokers to new members for the next 6-12 months, although the network recognises that a handful of existing members may, for historical reasons in terms of system preference, decide to make a change thereafter.